Join Our Newsletter
Shop Our Store
MAIN MENUMAIN MENU
By Craig Martin on August 7, 2017 in Uncategorized 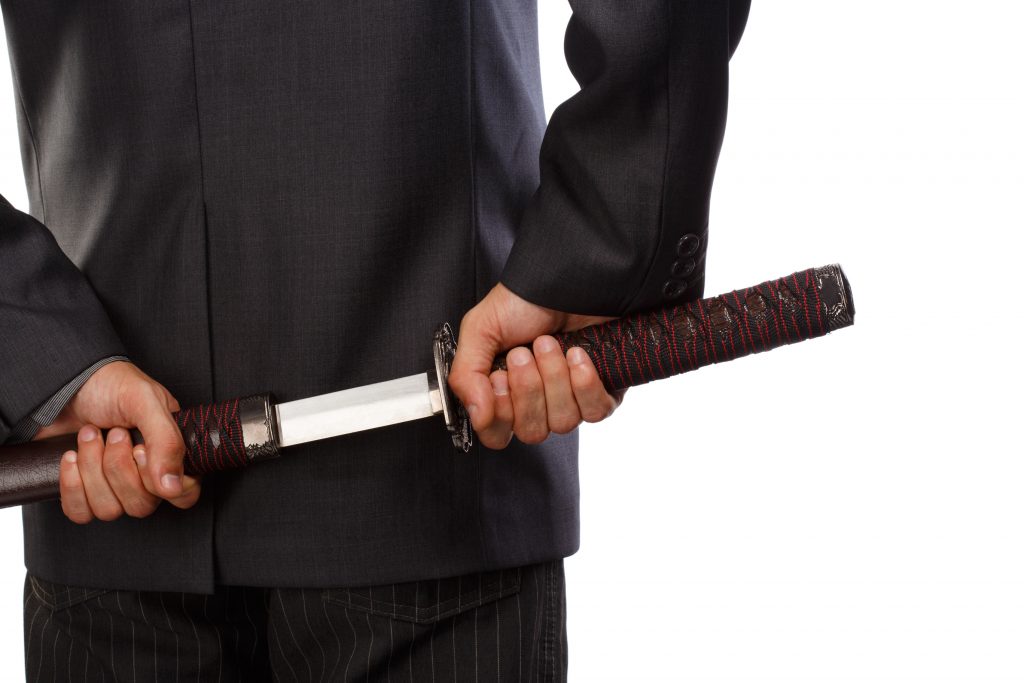 Pottstown is a perfect spot to nestle away from city life and enjoy some quiet living. Huge events never really happen in the small town of 22,000 people. However, you never know when and where violence could strike, or who it may come from as Joseph Lee found out when his own son attacked him with a sword, last week.

According to the Pottstown Police Department’s report on the incident, Joseph Lee and his son Andrew Lee were having an argument on Tuesday, July 25th at around 5:00 PM.

It is currently not known what the two were arguing about, but it was serious enough for Joseph’s son, Andrew to pick up a 4-foot katana and begin swinging it at his father. Some of these swipes actually connected with Joseph’s hand causing cuts to him. However, Joseph’s reaction caused much more dire wounds than what he received.

“The son apparently cut his dad with a katana. He said it was a 4′ katana. The dad was sitting out here. When the dad was going into the ambulance, we heard him say, ‘I’m just trying to see if my son’s OK. I shot him twice,'”

These were the words of neighbor Javontae Tinson after police and news crews were on the scene. According to the police and Joseph himself, following Andrew’s attack on his father with the katana Joseph pulled out his handgun and shot his son in the chest.

Paramedics were called to the scene to quickly get a handle on the injuries that both sustained. Joseph was taken to the hospital via ambulance to deal with the cuts on his hand, however, Javontae Tinson could see first-hand that those injuries were not what was hurting him the most.

The shocked and saddened Joseph was given a prognosis of non-life threatening injuries from his cuts, but as for Andrew, he was flown via Medevac helicopter to Reading Hospital 20 miles away, where he was said to be in critical condition for his gunshot wounds.

What do you all think of this story? Do you think that this was a situation where the father could have handled things with his son better without a gun? What would you have done were you in Joseph’s shoes? Let us know in the comments below.