Join Our Newsletter
Shop Our Store
MAIN MENUMAIN MENU
By Craig Martin on April 25, 2017 in Uncategorized 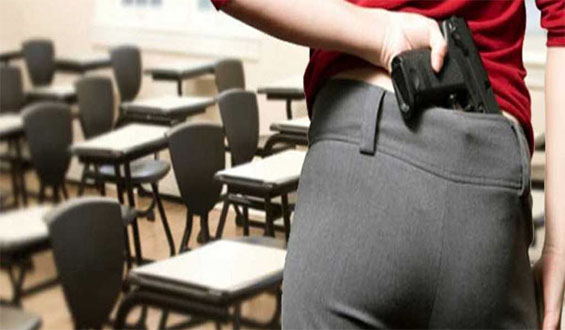 A bill is now in the process of moving through the Pennsylvania General Assembly. This bill would allow local school districts decide whether to allow school employees to carry firearms on campus.

Johnstown school resource officer Greg LaMantia said that the proper training, like the training he gets as a police officer, is critical.

“We’re reminded that in every situation we go into that there’s a firearm involved: ours,” he said.

He said that while an armed teacher could help in certain situations, “There’s always risks involved with firearms.”

Those risks include accidental firing or a student taking the gun. At the same time, though, he said an armed person in a classroom could help stop a dangerous situation before first responders can arrive.

That’s part of the reason Sen. Don White said he sponsored the bill.

“I do not worry about any schools bringing out Rambos or John Waynes,” he said in an audio clip on his website. “That’s not the people I’m looking for. I’m looking for the concerned teacher who wants the ability to protect his institution.”

The bill would not immediately make it legal for teachers to bring guns to school. Instead, it would leave the decision up to local school boards.

The bill would still have to pass the full House and Senate, as well as pick up the signature of Gov. Tom Wolf, before becoming law.